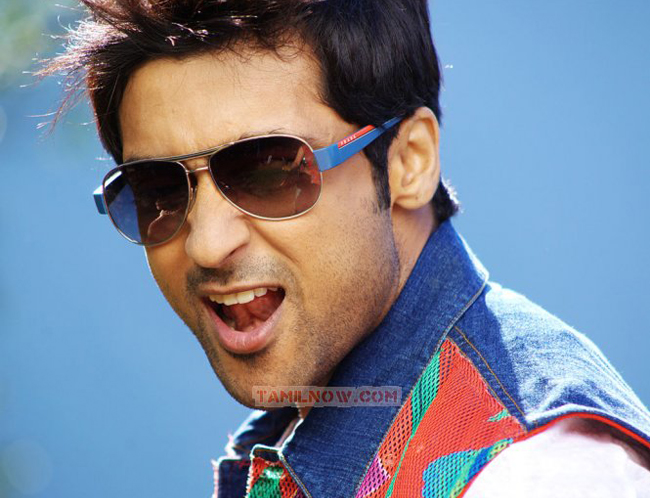 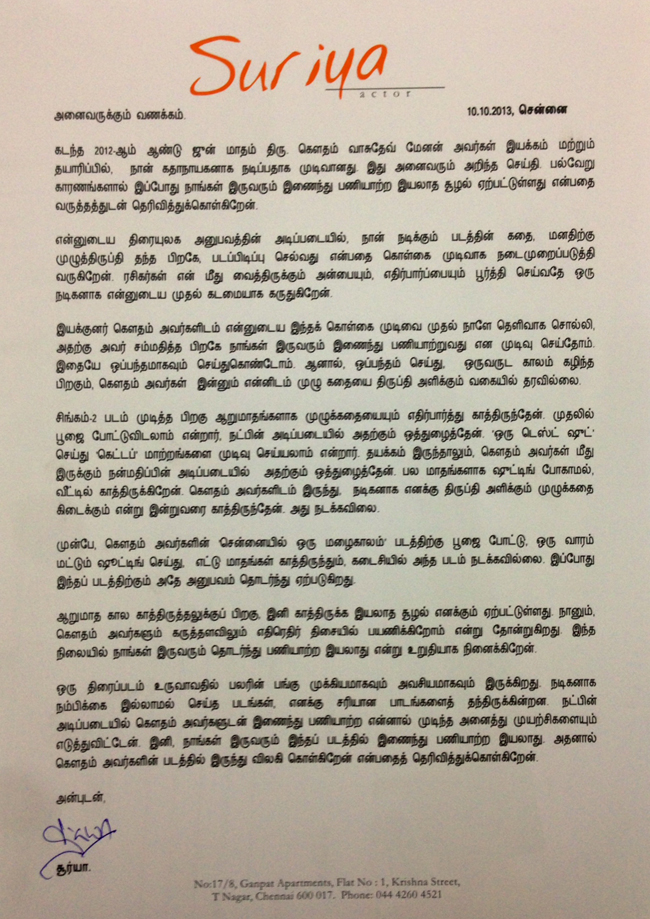 Suriya has issued a press release late in the evening officially announcing that he would be withdrawing from Gautham Menon’s project titled Dhruva Natachiram, as the director failed to provide him with complete story line of the film, even after 6 months of the release of his last film Singam 2.  He also pointed out that out of his friendship and respect for Gautham, he waited for more than an year since we decided to join hands for doing the film in June 2012.

He said in his release, “After completing Singam 2, I waited for a period of 6 months and even accepted to do a test shoot and have a formal pooja, on the basis of my friendship and goodwill with Gautham. After that, I waited at home for many months and didn’t go for any shoots as I was yet to get the proper story from my director. Prior to this, I had a similar experience with Gautham for Chennaiyil Oru Mazhaikaalam when we had a pooja, shot for just a week and then I had to wait for more than 8 months. That film didn’t happen and I went through a very similar experience this time too.”

As Suriya preferred not to wait any longer, he has issued the press release, officially announcing his retirement from the project. There was no clue as to whether he would be working with Gautham at a later date.