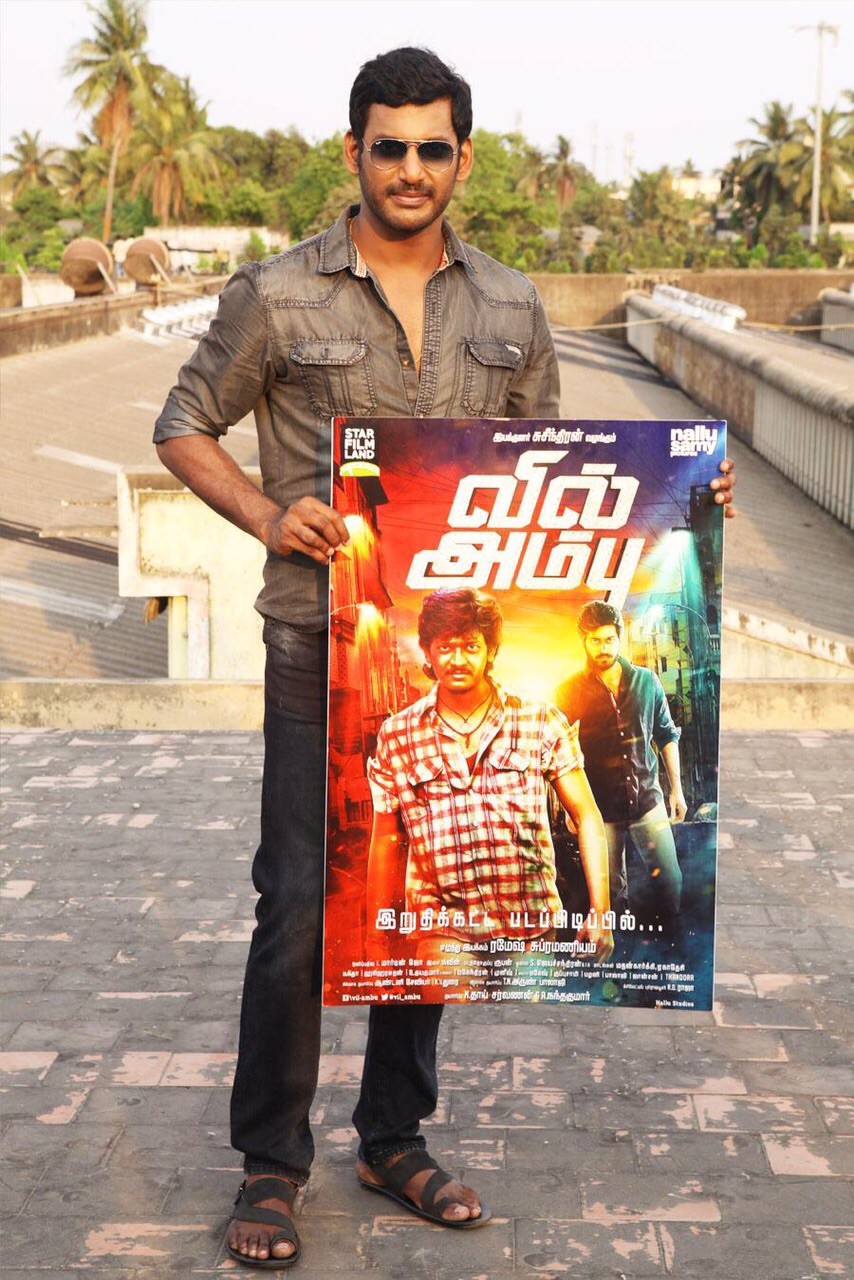 Society substantially plays an influencing role in shaping a person’s life. Every little thing that a person might encounter would precisely let him choose the way. Sometimes, it maybe a ‘Good Path’ and in contrary, ‘A BAD’ one, which would change the lives of respective persons forever.

VIL AMBU is about one such instance, where couple of youngsters, each belonging to a upper class and lower middle class are residing in the same locality. These characters, one being a roughneck and other, an innocent person never meet from beginning till the end, but somehow they keep influencing each other.

The film is directed by Ramesh Subramaniam and is produced by N. Thai Saravanan and A. Nandakumar in collaboration T.N. Arun Balaji (Co-producer). Martin Joe (Cinematography), Naveen (Music), Madhan Karky and Egadesi (Lyrics) are the brilliant flashes of this technical crew.